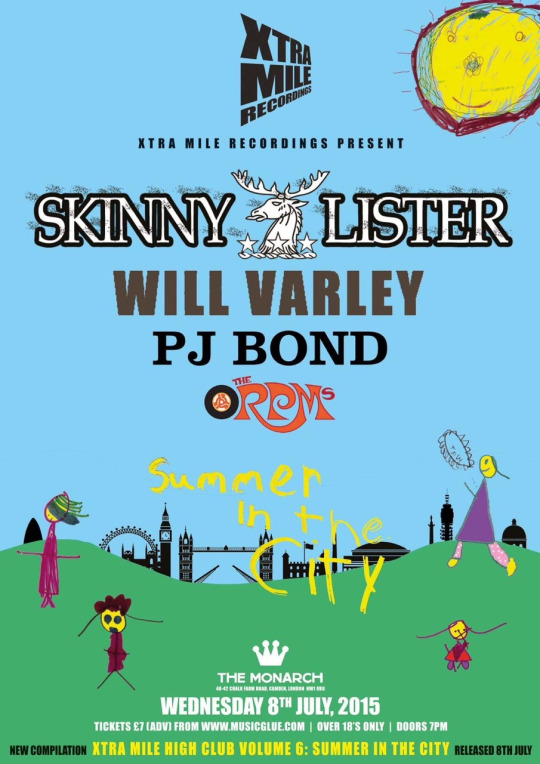 On Wednesday, Skinny Lister headlined The Monarch in Camden for Xtra Mile Recordings’ Summer in the City mini-festival. Featuring a line up of Xtra Mile artists, hundreds of revellers descended onto Camden in spite of this week’s tube strike for an evening of good cheer.

It’s difficult to choose one single thing that made this event such fun. Maybe it’s the absolute stellar line-up, or the high energy performances that everybody put in. Perhaps it’s because The Monarch is a really great venue which suits the XMR gang so well, or maybe it’s because of the BBQ that was going on all evening outside. It’s difficult to say, but there was something about it which made it work brilliantly.

There’s not a huge amount of backstage areas at The Monarch, so accidentally bumping into the musicians while at the bar or waiting for something tasty from the BBQ was fairly standard, and it helped contribute to the great atmosphere of the night. It felt more like a party with loads of mates than it did a gig. It felt even more like a party when Mr Will Varley himself joined our group outside and had a conversation with us.

Once the music started, the energy only increased. While The RPMs were – for me – an odd choice of opening act who hadn’t yet developed their own unique sound or style, it was clear that each of the band were hugely enjoying themselves and that the majority of the audience were also having a whale of a time. Unfortunately they weren’t the sort of band I’d choose to listen to, but I have high hopes that when they next appear as a support act at a gig I’m at, they’ll have evolved into a unique sounding band.

Philadelphia based PJ Bond, on the other hand, knew exactly what his sound was, and he knew exactly what he was doing. He has a brilliant voice, and his guitar playing is mesmerising. The combination of the two produces something that transcends the traditional singer/songwriter ideology somewhat, and becomes so much more than just music for the purpose of music. There’s expression, empathy and emotion at the root of all of his music. There was a welcome lull in energy halfway through his set, with a chilling and beautiful performance of I’m In a Bad Way, before humbly thanking the crowd for their attention and handing over to Will Varley.

As Will Varley began playing, the energy picked up again somewhat. The traditional appearances of his early songs such as Weddings and Wars, King for a King, I Got This Email and These Are The Days were always guaranteed to get the crowd into a good mood, but for me the highlight of his set were the two new songs he played for us, which will feature on a studio album to be released in the not-too-distant future. The first, a song about cats and having “had an accident in the last six months that wasn’t your fault” started off well, but halfway through, Varley forgot the words – as he must do at least once in every gig – so instead he gave us a song he’d recorded live a few weeks earlier, entitled We Don’t Believe You, a critique of almost everything and featuring an annoyingly catchy singalong chorus of ‘We Don’t Believe You’ over and over again.

And then came Skinny Lister.

I’d heard stories of Skinny Lister live in concert, and how they’re even more energetic live than their albums suggest, but nothing quite prepared me for what they had in store for us. Opening with the first few songs on their second studio album Down on Deptford Broadway, this is the band that just keep going. Even when they toned down a little for their slower numbers, such as Bonny Away, Six Whiskies and What Can I Say, the crowd kept feeding off of the energy oozing out of the band with every note they played.

By the time the various sea shanties and drinking songs of their debut album Forge and Flagon began, I’d already had my fair share in alcohol (which, at mere pennies over £4 a pint is relatively easy to do at The Monarch), so I was initially confused when I was handed a large flagon filled with rum – it took me a moment to realise that I was essentially being invited to get drunk with the band. If something like that confused me, imagine my reaction when I saw the double bassist prepare to crowd-surf his way to the bar to pick up a pint mid-song and while playing his double bass, and then crowd surf all the way back to the stage with a pint in his hand. These are the kinds of shenanigans Skinny Lister get up to when they’re playing live and it amounted to every person in the room buzzing with excitement, laughter, energy and ridiculous levels of merriment.

Alas, the evening came to an end, after several sea shanties and becoming one with the Skinny Flagon of Rum far too often. As we battled with London’s striking transport system at 2am in an attempt to get home, and with a strange combination of Skinny Lister’s Trouble on Oxford Street, Will Varley’s We Don’t Believe You and PJ Bond’s I’m In A Bad Way going around my head as if on repeat, I began hoping that the obvious success of the evening would mean that Summer in the City will be returning to The Monarch very soon. It was unbelievable and incredible fun, a hands-down success and I cannot wait for the next one.

Skinny Lister’s second studio album Down on Deptford Broadway is available now on Xtra Mile Recordings. For more information on each of the performers, head over to their websites (The RPMs | PJ Bond | Will Varley | Skinny Lister) 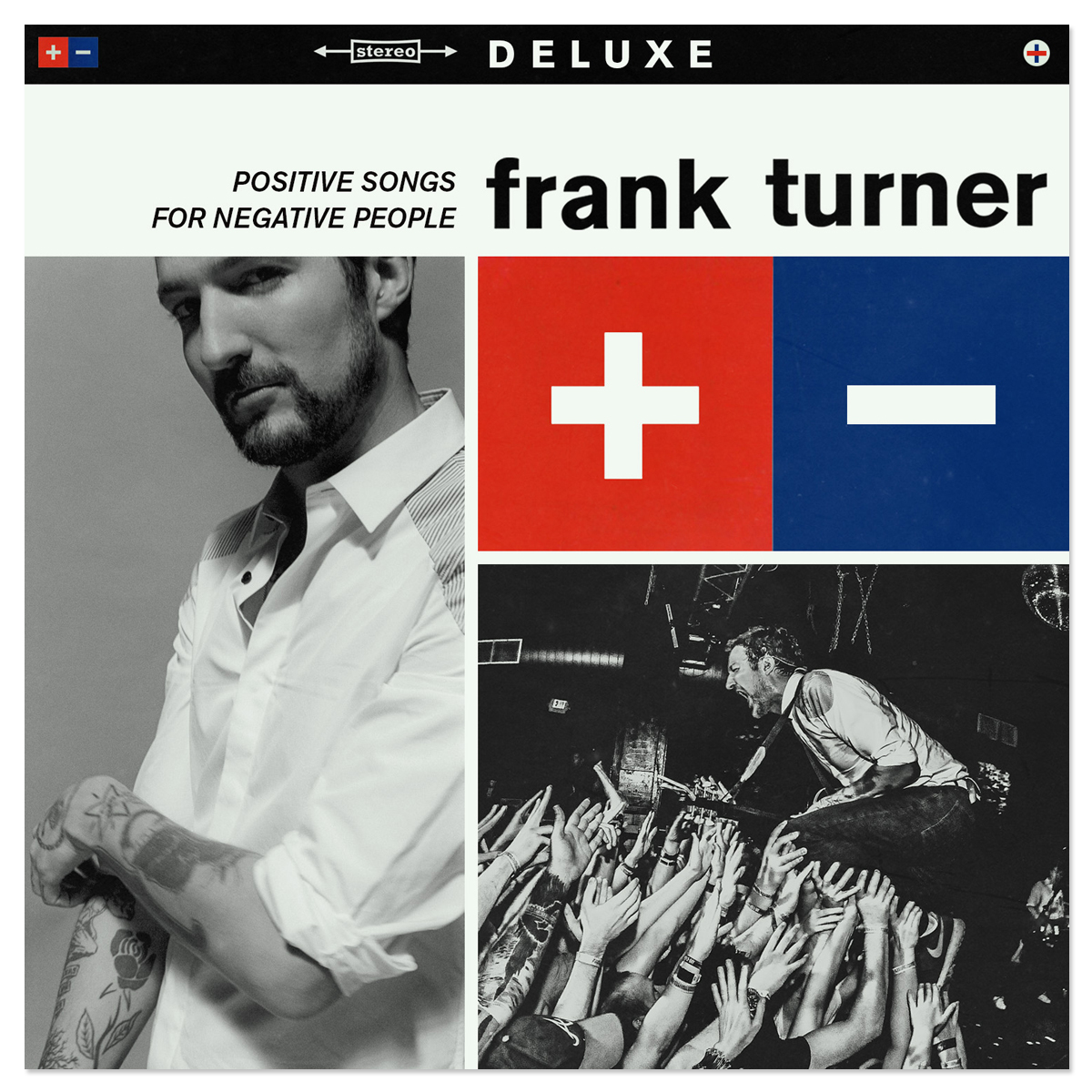