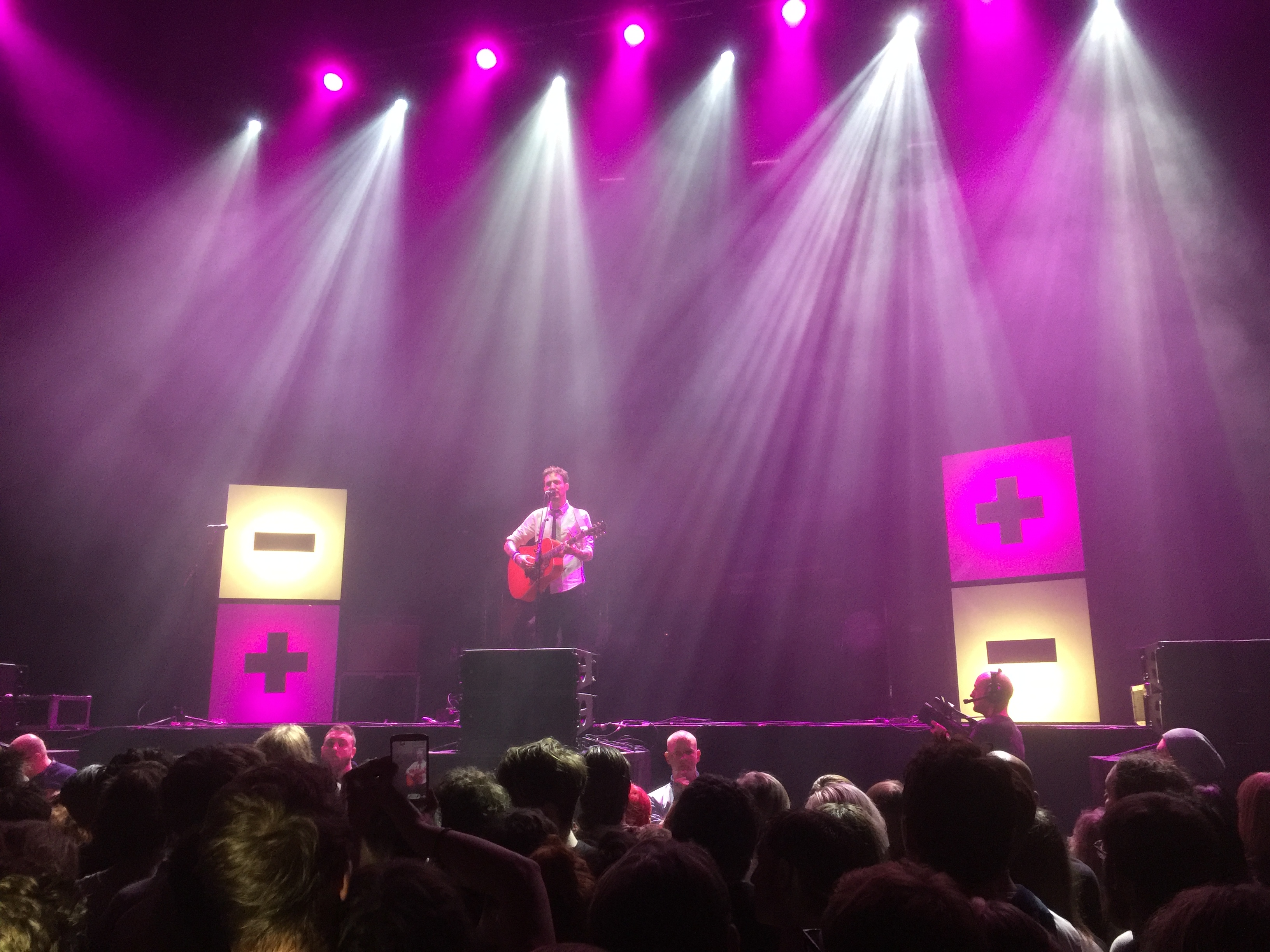 Frank Turner’s headline UK tour came to an end at Alexandra Palace on 26th November, after a series of hugely successful gigs up and down the country with record label buddies Will Varley and Skinny Lister. Featuring music from his latest studio album Positive Songs for Negative People as well as some of his older classics, show number 1794 marked the tenth year of Frank Turner’s career.

Alexandra Palace is hands down one of the largest venues in London, capable of holding well over 10,000 standing gig-goers. A fitting venue, then, for the final stop on Frank Turner’s latest UK tour.

Will Varley opened the evening with a performance that was, as always, stellar. Although a short set list of around 6/7 songs, it was balanced well, with the right mix of songs from new and old albums, comedy and wry political commentary. Of course there came the inevitable moment when he forgot some of his lyrics, but it’s now become such a quintessential part of his performances that it would have felt wrong had he remembered them all. His live performance of The Man Who Fell To Earth was particularly noteworthy, although it would have been nice if a large portion of the crowd had actually paid the musician playing for them some attention and ceased their incessant talking.Watch movie online The Transporter Refueled (2015)

Skinny Lister came next, with plenty of rum in the Skinny Flagon and a brilliant selection of songs from both of their studio albums, including a rare performance of Colours from their debut album Forge and Flagon. Skinny Lister performances are always great fun, for several reasons: 1) you will at some point become one with the Skinny Flagon of Rum; 2) if you’ve never seen a crowd-surfing Double Bassist, you will do once they’re done; 3) you always feel as if you’re a part of the band. All three of those rang true at Alexandra Palace. An extra special mention to their drummer Thom Mills, who managed to spectacularly keep time to some complex drum parts at ridiculous – and at times too ridiculous – tempos.

As Frank Turner and the Sleeping Souls stepped out onto stage, however, the roof came down in thunderous applause and whooping, and so began the performance that the thousands of spectators had so obviously trekked so far to come and see. Finally the crowd got their act together and gave the stage their undivided attention. Frank Turner’s set list was, as usual, brilliant. Striking just the right balance between old and new, with the band and solo, energetic and chilled, the audience were clearly loving every second of it, even if some of them had no idea what the lyrics were.

It’s no secret that Frank Turner knows how to engage a crowd, and show 1794 was a great example of that skill. Between the customary sitting down and jumping up during Photosynthesis, and the star jumping Recovery – which, incidentally, is exactly what some of the crowd needed following those songs owing to complaining knees and/or hips – every word that came from Frank Turner’s mouth, be it spoken or sung, was met with loud and raucous cheers and applause. Even during some of his slower, solo performances, Turner’s command of the audience was admirable.

But the night wasn’t without some degree of poignancy. Following the devastating events in Paris earlier this month, musicians, artists and venues alike have all united in solidarity with those affected by the events. Frank Turner sadly lost one of his close friends during the attacks in Paris, and it was during a tribute to him and all those who needlessly died that night, that one of the most surreal and moving moments of my life happened.

Last night, @frankturner played Demons, and dedicated it to Paris and his friend Nick. I watched as hundreds, then thousands of people spontaneously lit up their phones. It was one of those magical moments where music transcends the moment, into something much bigger. #lightsupforparis #music @yourallypally #grammasters3

Performing an acoustic version of Demons from PSFNP, Frank Turner looked visibly moved as the audience spontaneously pulled out their phones and lit them up as the stage was suddenly bathed in the colours of the tricolore. Thousands of spectators uniting in a moment that was about so much more than just coming together under one roof to have a good time and listen to good music. It was a truly spectacular moment to behold, and one that my words simply cannot do justice to.

Alexandra Palace was a fitting venue for the final night of Frank Turner’s tour and provided a fantastic setting for an all-round great evening and great atmosphere, even if a pint of half-decent something set you back almost £6. A great mix of songs from across Turner’s 10-year career and a generally great crowd (with one or two exceptions, and I’m looking at the guy who started a fight in the third row while Frank was talking), together with two brilliant support acts, show 1794 did a brilliant job of keeping us all entertained.

Frank Turner will be taking Will Varley and Skinny Lister with him on a European tour early next year – visit frank-turner.com for more details. Frank’s 6th studio album Positive Songs For Negative People is available on Xtra Mile Recordings now. 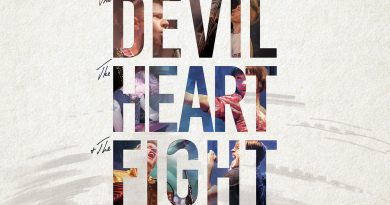