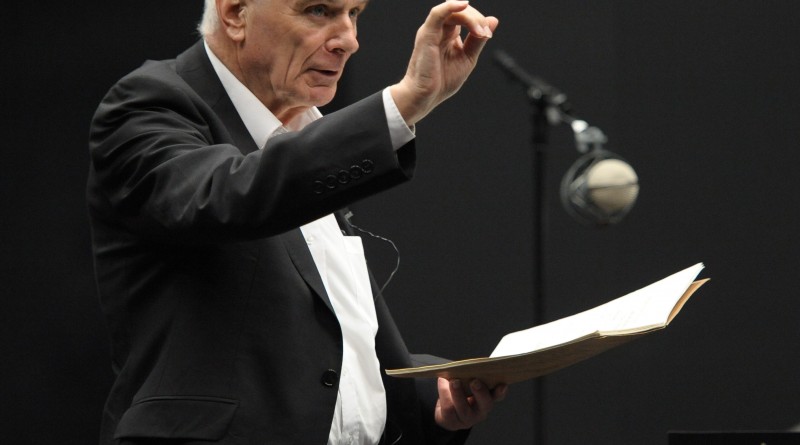 Sir Peter Maxwell Davies, the former Master of the Queen’s Music, has died at the age of 81. He had been suffering from leukaemia for several years.

Maxwell Davies passed away earlier today at his home in the Orkney Islands, where he and his family have resided since the early 1970s. Composing music since his teenage years, Maxwell Davies, known to many as simply ‘Max’, was well known among the musical world for his modern and avant-garde style.

Farewell to Stromness, a beautiful lament for solo piano, is rated as perhaps his most well-known composition.

Tributes have already begun coming in from across the musical world. The London Symphony Orchestra’s managing director, Kathryn McDowell, said in a statement on the orchestra’s website:

We are grateful for the opportunity to have worked with this extraordinary composer in his later years – with the Tenth Symphony in 2014 and the children’s opera, The Hogboon, which he worked on during his illness and which we will premiere in June this year. His vision for music education and the wealth of wonderful pieces he has left for young people is unparalleled in recent times. He will be sorely missed.

The Mayor of Salford, the town in which Maxwell Davies was born, called him a “prolific musical genius”.

Sad to hear of the death of Salford born composer Sir Peter Maxwell Davies, a prolific musical genius and founder patron of The Lowry.

Knighted in 1987, Maxwell Davies served as the Master of the Queen’s Music from 2004 – 2014, and was made a Member of the Order of the Companions of Honour for “services to music”. Just last month, the Royal Philharmonic Society awarded him with the highest award they can bestow: their Gold Medal.

Maxwell Davies’ music covered a wide variety of styles, and included over 300 works ranging from symphonies to operas. In his 80th birthday year in 2014, the LSO premiered his tenth symphony to critical acclaim. The LSO are due to premiere his latest work, The Hobgoon, an opera for children, on 26th June in a concert conducted by Sir Simon Rattle.